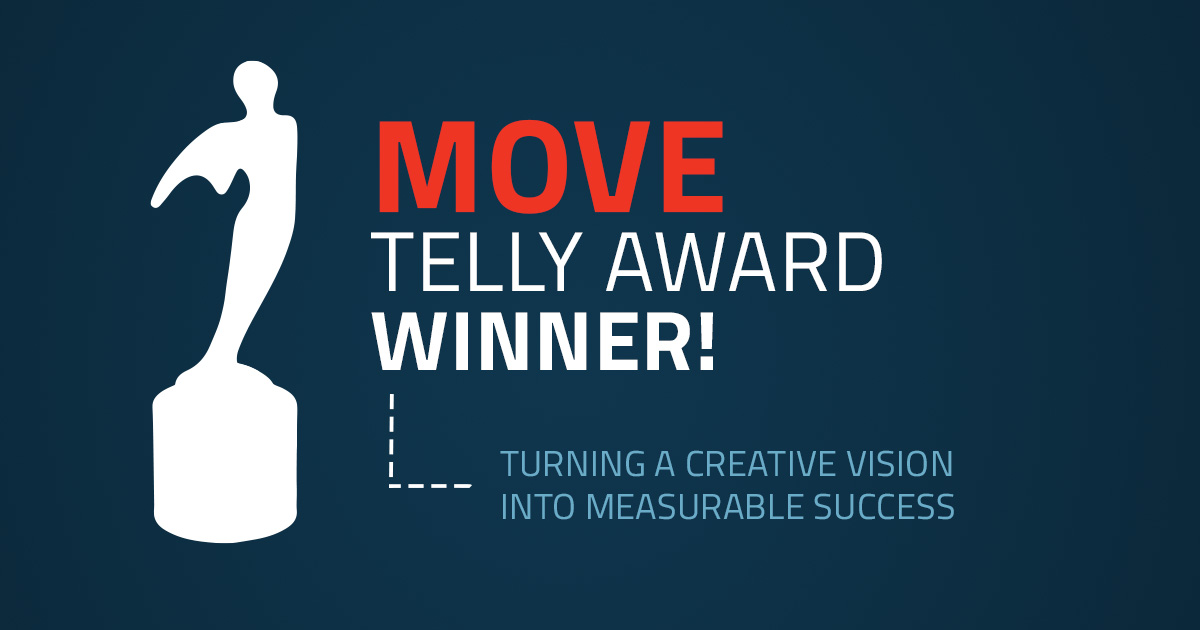 You get out what you put in

Most people don’t realize what goes into the making of a television ad. Consider for a moment everything necessary to produce a TV episode. It starts with a brilliant script, great casting, location scouting, and set design, and finishes with a litany of other imperatives from sound design to editing. Every one of these things is also essential to the production of a television ad, but, unlike a half-hour sitcom, the entire message of an ad needs to be delivered in a mere 15 to 60 seconds. That’s why creating a successful television ad is so challenging and, when done right, so rewarding.

Congratulations are in order 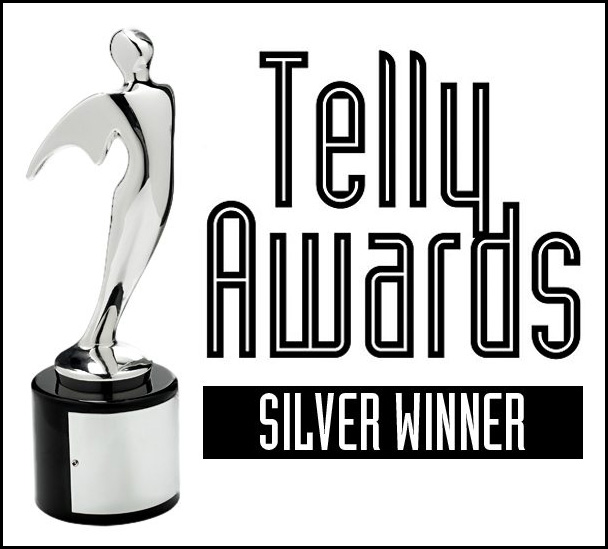 Last year, MOVE Communications produced a TV spot for their client, Beacon Hill at Eastgate, titled “Songbook.” Not only did the spot capture the hearts of their target audience, but also members of the Telly Awards Judging Council, who awarded it a silver Telly Award. The annual Telly Awards recognizes and awards creative film and digital video excellence from advertising agencies, publishers, and production companies from all 50 states and five continents. MOVE Communications’ “Songbook” TV spot was one of over 12,000 entries.

MOVE Communications created the TV spot “Songbook” for Beacon Hill at Eastgate (BHE), a retirement community in Grand Rapids, Michigan. BHE has achieved both regional and national recognition as a distinctive senior living community that values relationships, hospitality, faith, and the opportunity for the residents to live a full and engaging life. Recently, BHE recognized that the aging baby boomer population has an even greater need for senior living residences than what’s currently available. Moreover, judging by the extensive waitlist at BHE, there’s a particularly high demand for luxury living accommodations that cater specifically to an active senior lifestyle. In order to meet this need, leadership at BHE decided that it was time to expand their facility with a new building for those looking for a more luxury retirement lifestyle. They approached MOVE Communications to help market a new concept in senior living: “The Vistas.” Customized, luxury accommodations coupled with upmarket amenities, supporting ongoing activity, and education for seniors. Speaking with Ashley Edwards, Account Executive at MOVE Communications, I learned just how much was needed in order to achieve success.

“We knew we had a very special product,” Ashley said, “but clearly communicating that to seniors meant we needed to push beyond the traditional story they’re used to seeing. This particular demographic has been presented with images of smiling seniors and promises of a quality retirement lifestyle from countless communities across the nation. Each independent retirement community could basically exchange their marketing message for another. What sets Beacon Hill apart is that they are truly a unique community that doesn’t fit the traditional senior living mold. We knew serving up the same old thing just wouldn’t cut it, and that’s when we got to work.”

Creative Director Jordan Miller sat down with Ashley to hone in on the strategic answer. “We ended up categorizing our Vistas’ target audience as “established pioneers.” These are seniors who are highly regarded in their communities and likely to be the first to do adventurous things. They enjoy traveling, dining, and learning.” Jordan explained that they wanted to reach the audience on an emotional level. “I wanted to write a TV spot that included a relatable story to make an emotional connection. I wanted to show that seniors can still live rich, and loving lives” It was soon after that when Jordan came up with the tagline, The Vistas at Beacon Hill. Expect to be surprised. It was an instant home run.

Expect to be surprised was only one of three campaign directions presented, but it was the one the client unanimously selected — and the one the creative team was rooting for. Jordan elaborated on writing the spot: “I wanted to show people who are retirement age that Beacon Hill understands them and their relationships. But I also wanted it to be a romantic story that resonates with anyone.”

The production team included motion content producer Craig Mungons, and Taproot Pictures founder and director, Karl Koelling. Together, this team boasts decades of regional and global television and web video experience covering a vast clientele. Ashley enthusiastically praised Don Hart, president of MOVE Communications for his ability to tap into local talent in support of area business owners. “Don has built a network across the state of resources he can call on at any time. These exceptional individuals offer more variety and more flavor to each piece of creative MOVE Communications undertakes. We truly have access to the best talent pool which, in turn, helps us consistently produce the best creative.” 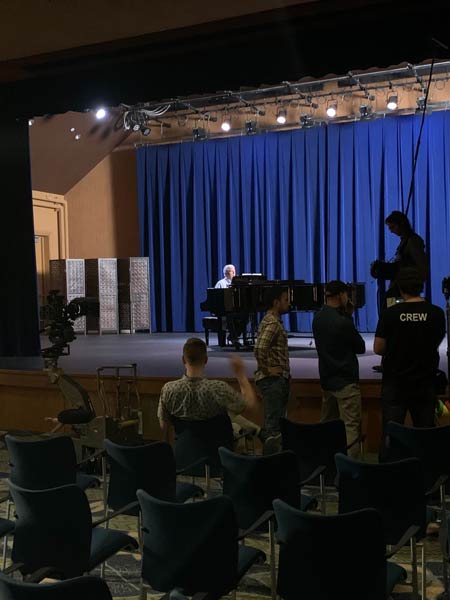 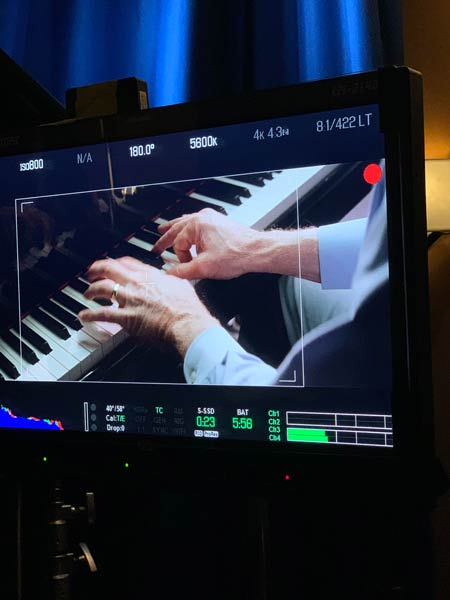 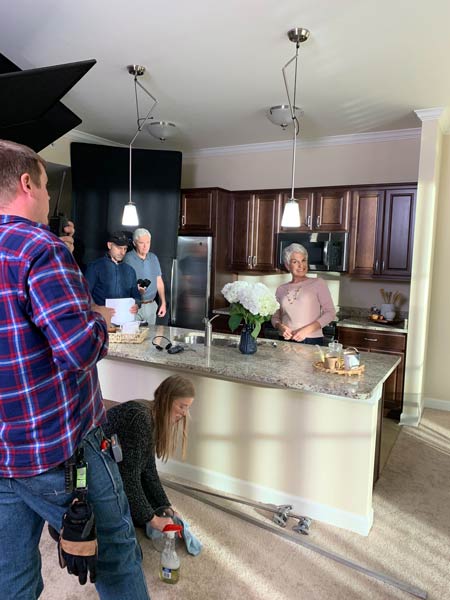 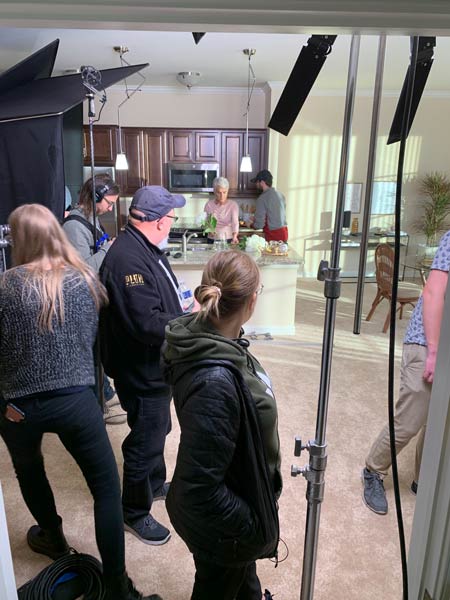 Motion content producer Craig Mungons explained: “For me and the team, the challenge was to provide high-end creative storytelling and production to a regional client with a limited budget. Together, we brought our extensive backgrounds and experience to the project, which resulted in high-level creative expression and production without the accompanying price tag. It definitely took some collaboration and creativity, but we clearly pulled it off.” Director Karl Koelling also chimed in on the team’s cohesiveness. “As with any team, communication is key. It’s impossible to overcommunicate in these things. There is always some pivoting you have to do on set, but working with a hands-on team like ours helps. We had a unified goal and were open to how we would get there. In the end, a lot of production value was brought forth for the budget. Add to that our pooled experience and chemistry, and I’d say we definitely hit a home run.”

I asked Ashley how “Songbook” performed in terms of influencing its audience. Ashley explained, “The Vistas at Beacon Hill were 88% sold out at the one-year mark. That’s incredible, especially when taking the pandemic into context. Other comparable, established senior living facilities currently have a far greater capacity to accept new residents. We’re not even finished with construction and we’re almost sold out. So, in answer to your question, yes, ‘Songbook’ has definitely helped us achieve this success.”

A smaller budget, a shorter timeline, local talent, and an overexposed target audience were no match for MOVE Communications’ creative team that delivered “Songbook.” Ashley reflected upon the spot’s success: “I think the reason our spot was so successful was that Jordan’s story celebrated this season in their lives; instead of suggesting that it’s the end of an era, we presented it as an attractive new beginning. We provided hope, interest, and fun in order to erase the retirement community stigma. Our goal is for our seniors to embrace retirement living as a luxury they are finally able to achieve now that their lives have afforded them the opportunity.” If you have a message to communicate, why not let our team make it a reality? We’d love for you to contact us today so we can help you achieve your storytelling goals. 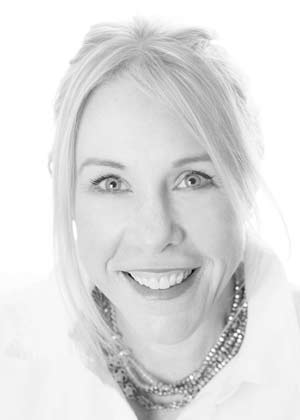 References in order of hyperlink appearance: 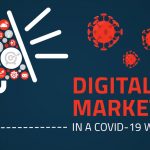 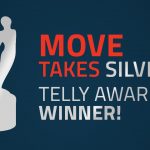 TELLY Awards and GALASEvent Marketing, Video
×
How? Through story.