Now, Next and Future

Yesterday, I had a Gretzky “Go where the puck is going, not where it’s been” moment. Ok…yes, this quote is overused and there was only one Gretzky who could read plays the way he did. But nonetheless, I had the moment.

I was at SAE WCX. It’s the annual Society of Automotive Engineers World Congress Experience held in Detroit at COBO Center. It’s been a few years since I’ve attended, and I sensed a new vibe that was characterized in this moment.

I was walking past a Leadership Summit Connect2Car Roundtable on What is the Expectation and Benchmark AI in Automotive? I stopped as I heard Rob High, the CTO of IBM Watson, being introduced.

I thought, “Wow, how things have changed. It’s not simply engineers talking about metal and mechanisms, powertrain, fuel efficiency, safety. This discussion is about how to leverage AI in the vehicle experience. And it is being held in Detroit—once the undisputed epicenter of automotive know-how and infrastructure that was referenced not long ago as the “rustbelt”—now finding its way to not only participate but to lead in the discussion of big data, machine learning and AI as applied to the automotive experience.  Even five years ago, Rob High wouldn’t have shown up here or been invited. It’s a “where the puck is going” move.

As I walked the floor, I came across a number of smaller companies dealing with cyber-security…another new add to the mix of what will become standard automotive concerns in the near future.

But I was also interested in FCA’s booth. The feature was the new Jeep Gladiator, their first truck in…well, not ever…but in longer than a bunch of people have been alive. (The Jeep Comanche, the brand’s last iteration of truck was phased out in 1992).

In talking with one of Jeep’s 30-something engineers at the booth who worked on the suspension, he said that it came out of the Jeep community. They’ve been asking for a truck and Jeep did the business case and decided it was time to go to market.

It took me back to what I remembered as a kid—the Dodge Power Wagon.  It was a four-wheel drive light truck that was produced from 1945 to1981. Of course, Gladiator is from the Jeep brand, but the Power Wagon had the same feeling of what’s been created in the Gladiator—a rugged, adventurer’s truck to wrangle things in the outdoors. I bounced around in one that was hauling stuff at a camp in South Dakota. That’s where the puck was.

But now, FCA, owner of the Power Wagon DNA and the Jeep brand, has developed a “Next” offering for its Jeep outdoor, truck-desiring community that’s hoping to attract more enthusiasts to the brand.

This was not an AI play, but it was making current an experience that would appeal to millennials, Xers and Boomers who love Jeep and wanted to go hauling and build something new out in the woods for their futures.

First, firms have to stick to what is working well in the “Now” and keep optimizing this offering and its delivery. You have to stay consistent in telling your core story to your audience. That’s an essential part of how you keep them coming back in the now and sharing their experience with others.

At the same time, there’s got to be work done every day in the present on “What’s Next.” Current customers have to be walking by and stop and take notice because they hear something new about what’s coming. If you will, they have to hear an introduction of Rob High and news about AI.

You also need to focus on who you want as your customers in the next 2-5 years. That will most likely include growing with your present customers and opening up some new markets. For Jeep, it’s bringing out the Gladiator.

Practical suggestion: Before you get too far into 2019, sit down with your marketing and sales team and have some discussion on “What’s Next” and “What’s Future.” Keep notes and crystallize the conversation into a “Grow With” list and a “New Markets” list. Then identify what services or products you will be bringing forward and develop messaging around these new offerings. Then, if you’re in business-to-business, identify 10 target clients in these two categories, put them in your CRM, and build an action plan to make them clients.

If you are consumer focused, find three new channels to develop to connect with your targets. If you’re developing product that will be targeted to a new audience, take time to do research into their psychographic profile, develop some personas and then test messaging, and manner and tone with this profile to see what they respond to. Then, schedule in your CRM to show up in environments where they hang out so they know your name before you try to offer them your new product.

Yes, this takes a lot of discipline to do what you need to do today and be working toward the next—particularly because, on the next items, you’re not going to see a lot of results because, well, they’re next. So, find ways to encourage yourself along the way. Dial in some humor and buy some extra cream cheese with your bagels when you’re brainstorming.

And maybe go to a hockey game or two and make a wisecrack about the Gretzky quote. Then skate the competition off the ice. 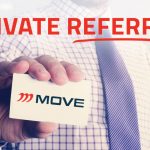 Activate Your Referral NetworkMarketing
×
How? Through story.