If you didn’t already know, March is Women’s History Month! Congress declared the first Women’s History Month in 1987 after several years of having a week in March be commemorated as Women’s History Week. The National Women’s History Alliance creates a theme each year. This year’s theme is Visionary Women: Champions of Peace and Nonviolence. The 2019 Honorees come from a wide range of backgrounds and work aimed at creating a more peaceful and just world. Their stories are ones that are not often heard as we learn about history and watch the news. Learn more about these remarkable women here.

Women throughout the world have fought and are still fighting for basic human rights, equality, and the right to be seen and heard in all sections of society. From a demonstration of millions of women in India to protest for gender equality, to environmental advocates, politicians, peace activists, and so much more, women today are paving the way for future generations, just as women in the past did for us. Find out more about these stories here.

Some of the Women We Look Up To

We hope that you will take some time to reflect on a few of the huge achievements made by women throughout history during this Women’s History Month. 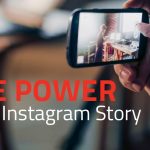 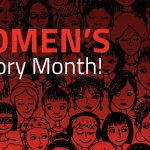 What Does “Time” Mean To You?Storytelling
×
How? Through story.