If your old brand look is letting you down, it’s time for a fresh start.

If you ask a group of people, “What is a brand?”, many will say something along the lines of “a company logo.” It’s the Nike swish, the Coca Cola cursive, the Starbucks mermaid. When we think consciously about a brand, we think of the image—what’s on the surface. But as it happens, brands are more than skin deep.

Think again: Nike isn’t just a swish. Nike is an ethos: Just Do It. It’s the energy, power, drive, and determination that every aspiring athlete wants to latch into as they train to become elite.

And Starbucks stands for the movement that brought espresso and steamed milk beverages to the mainstream.

In short, your brand is your reputation. It takes a lot of work to build a brand with a strong reputation. Once an organization has built their reputation, most want to protect it for all its worth.

Companies adapt to survive. They create new product lines to take advantage of emerging market opportunities, eliminate old ones as they prove unproductive, and acquire other brands that must now be merged into their parent company. Thus, Pixar becomes a subsidiary of Disney, and Penguin Group merged with Random House to become Penguin Random House.

When brands change on a fundamental level, they need to find a way to communicate this to their audience. Otherwise, many loyal customers may begin to feel confused by the conflation of formerly separate identities; or, they may begin to worry that something they love about a brand is going to change permanently.

For years, Volkswagen had a reputation for dependability, bolstered by their iconic lemon ad and the charming design of their famous “beetle” automobile. Then, in 2015, a huge scandal surfaced surrounding carbon emission tests in the United States. The fallout damaged the Volkswagen brand in ways that it is still recovering from.

Hopefully, your brand will never make a mistake as serious as Volkswagen’s. But you may have a reputation to recover in other ways. Perhaps you’ve become known for lackluster customer service, poor product quality, or a bland, uncharismatic identity. In such scenarios, a brand relaunch is an opportunity to acknowledge previous weaknesses and draw attention to what you intend to do better.

3. You need to stay current.

It may be that your brand is showing its age. Your business is based on outmoded technology, and you want to demonstrate that you’re bringing your brand up to date. Or maybe you want to signal that your brand is ahead of the curve, offering something innovative. Take Netflix, for example: They began as a mail-order DVD rental service. Now they’re an industry leader in video streaming, the first to successfully launch that kind of service on such a scale. They’ve even pivoted in recent years to begin producing their own original content, with great success.

Netflix’s ability to reinvent themselves faster than the competition has served them well. Most cable networks have been much slower to create effective streaming services for their content, choosing to either partner with Netflix in distribution, or risk losing market share as they develop their own streaming platform. If they ever catch up with Netflix, most will have to work hard to rebrand themselves to online audiences if they want to be known as something other than an old-school cable company.

Don’t be afraid of a brand relaunch.

Brands, like reputations, are built on first impressions: if you fail at the start, you may not get a second chance. However, a brand relaunch is a way to signal to the world that you’re turning over a new leaf. Maybe you learned a hard lesson and you have some serious damage control and soul searching to do. Maybe you’ve fallen into a rut, and you need something to dig you out again. Or maybe your brand doesn’t look “timeless” so much as “dated,” and it’s time for a fresh, modern look.

Whatever the reason, know that you’re in good company. Remember the brands we described at the beginning? They’ve all gone through several brand refreshes. Just look at Starbucks:

These indicate more than a logo update. Back in 1971, the spices Starbucks sold were probably more than pumpkin spice. By 1987 they had dropped everything but “coffee” from their logo. And by 2011, they had established an image strong enough not to need their brand or the word “coffee” for reinforcement.

A brand relaunch requires time and consistency. And updated logo and a series of new “brand promises” won’t get you anywhere if you don’t follow through. If your brand relaunch truly is your attempt to turn over a new leaf and prove to your audience that you have something new to offer, then you can’t squander that opportunity. You need to deliver.

Your reputation is on the line. 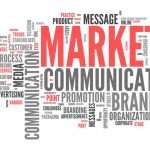 The Power of WordsBranding, insight 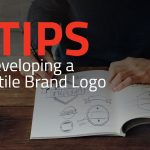 5 Tips for Developing a Versatile Brand LogoBranding, Logo
×
How? Through story.