On August 16, 2018 Aretha Franklin, lovingly recognized as the “Queen of Soul,” passed from this earth. She was a Detroiter, a musical icon. She grew up in, and helped shape, the early era of the Motown sound in the 60s, and throughout her life influenced the music scene, reflecting the joys and struggle of life.

I first remember hearing about Aretha from my older sister who would listen to her on 45s and LPs. “Respect” rang out in her apartment and when she would drive me around in her red VW bug. It was a time of great change in America, a time when artists and political activists were calling us to look beyond the confines of our own neighborhoods and our concerns and consider others. “Come on out and sing and dance to a new sound. Ask some questions of yourself, of others about how we should and could live together. ‘What about black and white—could each express their own identity yet come together in respect and love?’”

Every generation has its music, the sounds that mark its growing up. But the music of Aretha Franklin and other Detroiters from the 60s touches something universal. You can see it at almost every wedding reception, company party or big civic celebration—you’ll hear the music of Aretha, The Supremes, Martha and the Vandellas, The Temptations, The Four Tops, Smokey Robinson, Stevie Wonder, Marvin Gaye, Sly and the Family Stone, The Fifth Dimension and so many others that make up that pantheon of musicians. It’s because their music touches something in our hearts and souls and muscles. It makes you want to get up and dance to the music whatever your age. To move and celebrate and keep hoping for a better life.

One of Aretha’s hit recordings, “I Say A Little Prayer,” (written by Burt Bacharach and Hal David for Dionne Warwick and first recorded by her) has these wonderful lyrics that Aretha rendered so beautifully:

Forever and ever you’ll stay in my heart

And I will love you, forever and ever

We never will part, oh how I love you…

I imagine that if she were looking back toward us from the other side she would echo that prayer and say, “Don’t stop loving. Let the music take you forward. Listen to your heart and do something today that moves you beyond the barriers you might have set up between you and someone in your family, between you and a co-worker, between you and other peoples.”

If marketing is about building relationships and growing loyal fans, Aretha did that very well. Let’s keep listening to her music and remaining her fans, but also let’s respond to her signature call to “Respect” one another and then get on the “Freeway of Love” (and if you can, in style as she did, in a pink Cadillac), forever and ever!

For more about Aretha, check out this Crain’s Detroit article: Aretha Franklin, 1942-2018 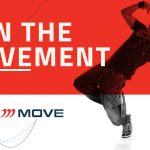 A2 and The DCause Marketing
×
How? Through story.