MOVE Communications is doing something different to bring together Ann Arbor and Detroit.

I grew up in Detroit and went to grad school in Ann Arbor at U of M. That’s where I met my wife, Carol, and we ended up raising our family. So I have roots in both places. More recently, some of our family members have been living and working in Detroit, and it seemed like a natural to reach out and bring people from both places together. So we’re creating an event through our company to make that happen. We call it #MoveAhead.

It’s based on a core belief at MOVE Communications, that everyone should be able to move ahead in their life and their work. To express this, we’re shooting a video based on the idea of the “first follower.” The video story goes like this:

“There’s a man dancing, wildly, in a park. On his own, he looks like a crazy person… until someone joins in. Suddenly, the dancing man doesn’t look so crazy anymore. And then it catches on—as the thing to do. More join in, each adding their touch, as they come together. That’s a movement.

You’ve got the moves. Let us help you grow your movement. #MOVEahead.”

Well, we needed a crowd for the last scene—because moving ahead really means doing it together. So we’re inviting everyone to come to Roosevelt Park in historic downtown Detroit at 6 PM, Thursday, July 20. They’ll first enjoy a free, delicious meal from Cordwood Barbecue, live music from the Daylites, and then choreographer Gina Danene Thompson, break dancer Maurice Archer, and director Jim Pinard will lead our crowd of 100 to 200 people to start moving together. As a group in motion, we’ll be creating the end shot of the video where the drone camera pulls up to see all the people with the city of Detroit in the background.

We decided to shoot the video in Roosevelt Park near the former Michigan Central train station because it sets us in the Corktown neighborhood and gives a great opportunity for people from the neighborhood to join us along with others from Detroit and Ann Arbor.

No one can really go it alone. And we’re all aware of how many barriers get put up between people that prevent us from moving ahead together. This event is one small expression of getting us to move together, and just maybe will create a small ripple effect for good.

We hope you can join us. #MOVEahead 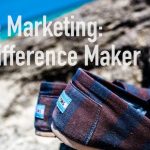 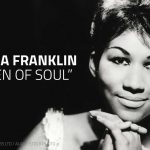 Touching Your SoulCause Marketing
×
How? Through story.